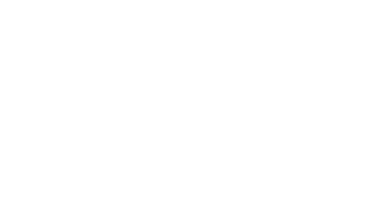 The US is in the middle of a national opioid and Methamphetamine crisis of enormous proportions. The well-established Relapse rate is approximately 94% even after a Formal Detox and Rehab program.  Over 72,000 OD deaths were documented last year in the US alone.  Emergency legislation and certain well-defined Reimbursement code changes are needed for efficacious microcurrent neuro feedback procedures (IASIS Technology) and for long-term Post-Discharge case management to avert this national crisis.  The Problem is that SUD reimbursement does not currently extend to Neurofeedback or to Licensed Clinicians who provide long-term recovery-based case management services post-discharge from Detox/Rehab facilities. IOWs, no CPT codes exist for long term SUD Case Management post discharge (Aftercare). Opioid OD death results primarily during post-rehab due to the total lack of mandated and reimbursed long term post-discharge case management.

In short, there are no established CPT codes so that efficacious microcurrent neurofeedback modalities and licensed SUD professionals and Recovery Support teams can be paid for extended case management post-discharge (Aftercare).

As an industry, we are pushing opioid addicts to Medication Assisted Treatment (MAT) clinics after Detox/Rehab treatment even though national retention rates have been historically reported at less than 20% across many MAT clinics and where even well-established and more efficacious MAT clinic reported retention rates are less than 50% on average after one year of treatment. This national opioid substitute program (Suboxone, Vivitrol, and Methadone) is reportedly decreasing OD death while patients are in treatment at the clinics, but more than 50% of patients, on average,  leave the program after one year for many different reasons; not the least of which include the high continued cost of MAT and the relative ease and affordability of purchase of opioids.  OD death then occurs when MAT patients seeking a “Fix” to avoid withdrawals and get their cherished “high” end up selling part of their MAT drug supply in exchange for their Go-To opioid and they then overdose and die from significantly decreased tolerance levels that result from using MAT drugs for more than 30 days instead of their go-to opioid.
It is simply a national "copout" to promote MAT for long term use instead of a high-level Abstinence-based recovery program. MAT is popular because of a national effort centered around a “Harm Reduction” philosophy that has been adopted by the Pharm industry, academia, and physicians in order to save opioid addicts from OD death on the streets. However, it is an expensive program, has relatively low retention, and is often a way for pharmaceuticals and physicians to make more money at the expense of families and society.  Again, the cost of the M.A.T drugs plus the physician and clinic costs, when combined with the low retention rates, cannot be sustained by society or by the families paying the bills.
Without established CPT CODE payment for evidence-based Microcurrent Neurofeedback procedures and Post-Discharge Long-Term Recovery Support teams, this crisis will continue unabated for all existing US citizens with SUD.  Families are suffering at unprecedented levels because of this endemic opioid death crisis. Strict Care Guidelines and licensure will be required of key RST members to qualify for CPT code reimbursement.

The Emergency Legislation must be crafted as follows:  All Opioid and/or MAT Detox and Rehab facility reimbursement must be tied to the following:
a.  Facility fees are paid at a fixed rate that is geographically relevant to current 2019 cost in each geographic region.
b.  Pay for Performance criteria (P4Ps) are mandated that are based on two performance measures: "One year and two year Remission rates. (Frequency of Relapse").
c.  Detox/Rehab Facilities must collaborate closely with Programs that provide Long Term Recovery Support Teams (1-2 years post-discharge) and Microcurrent Neurofeedback during Detox and Rehab and during the 2 year periods post-rehab.
d.   These Long-Term Recovery Support Teams (RSTs) which incorporate Microcurrent Neurofeedback and 2-year case management in accordance with established Care Guidelines will be paid at the national base rate of $1500 per month per SUD client (adjusted for geographic differences in labor rates) during the first year post discharge and $750 per month per SUD client enrolled in the RST Program. Total cost of the 2-year Post Discharge Case Management is therefore $27,000 on average nationally.

This $27,000 two-year cost is estimated to be paid by penalties incorporated into significantly reduced Facility and RST reimbursement for Readmissions caused by Relapse. Initial relapse related Readmissions will be paid at half of the Initial Facility and RST reimbursement rate and second relapse related Readmissions will not be paid at all. Facilities and RSTs that fail to successfully rehab SUD clients after Two (2) readmissions more than 40% of the time will lose their license to treat SUD clients. In other words, the failure rate should be set at relapse rates of greater than 40% in overall population per year during the first 3 years of the Program and should be set at 30% during the next 3-year period.   Contrast this proposed reimbursement program with the current program failure rate of approximately 94%.

Incentive payments will also be paid to the Facility and the RST for one-year Remission and for 2 year remission rates at 60% or above (failure rates of 40% or less). The Incentive payments are paid at 25% of the Initial fixed rate admission and 25% of the initial RST payments for one-year Remission success. For two-year Remission rate success, Incentive payments are paid at half of the initial admission and RST rates. Therefore, the Facility and RST that accomplishes two year Remission rates gets paid at up to 175% of their initial year rates.
In contrast, the Facility and RST that fails to stop relapse over a two-year period at the minimum criteria of 40% is penalized twice and their total payment for multiple facility admissions and restarts of RST case management is 25% of initial fixed rate reimbursement. Note that under this Proposed Program Model, the Facility gets paid for an initial 60-day Detox/Rehab period instead of the current industry standard reimbursement of 30-45 days. This allows the Facility to ensure a more complete initial detox and rehab experience for their patient and allows a longer period of microcurrent neurofeedback during Rehab with more involvement from the RST prior to discharge from the facility.
RST Composition:
Transitional Team Salary, Benefit, and Tax Expense:  MHF Transition Teams are composed of four (4) licensed and/or experienced professionals as follows: We believe that each four (4) person team is capable of transitioning between 8-10 opioid addicts in recovery at a time (MHF clients) during the first 3-6 months and 12-15 clients during the next 6 months with tapering time needed each week thereafter for the second year.  This Team works with the MHF Opioid dependent client on a daily basis for up to 1 year post -discharge from Detox and Rehab and works with the client on a weekly basis during the second year post-discharge.